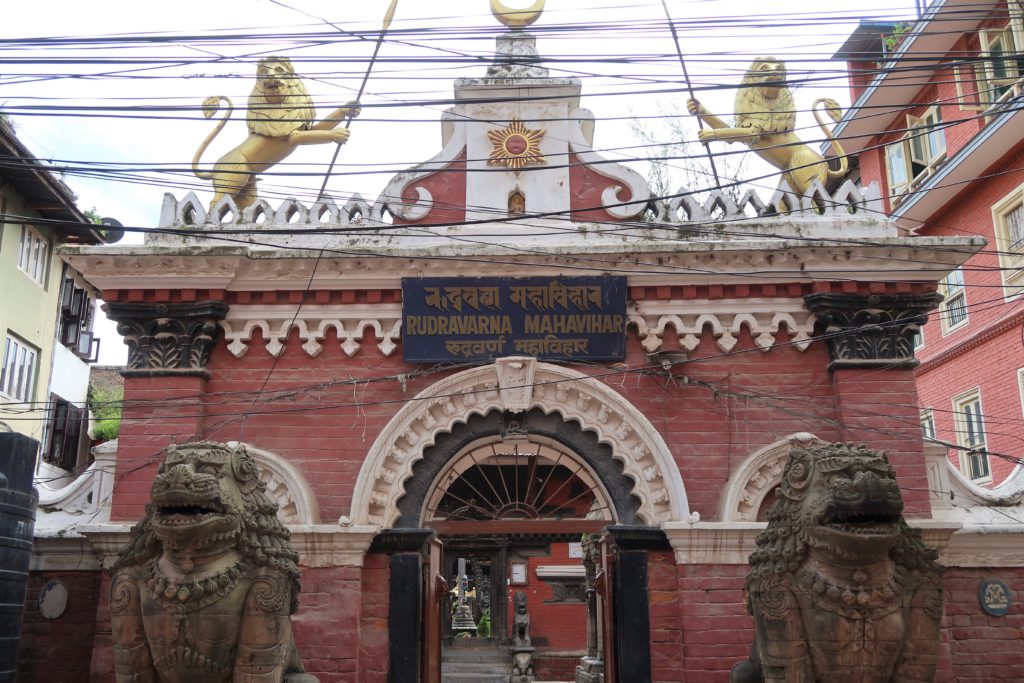 Kathmandu Valley is estimated to have more than 2,500 temples of different styles, the most prevalent being the pagoda type. Rudravarna Mahavihar is one of the most beautiful of such pagoda style temples.  According to those who know, Rudravarna Mahavihar in Okubahal, Lalitpur, is the second most important vihar in Kathmandu Valley, next only to Hiranayavarna Mahavihar, also known as the Golden Temple, in Kwabahal of Lalitpur. The two mahavihars share many similarities, both being three-roofed pagoda-style temples housing huge statues of Shakyamuni Buddha. However, there are differences as well. There are more devotional activities in Hiranayavarna Mahavihar than in Rudravarna Mahavihar, and the former certainly has a livelier environment, especuially in the early hours of the morning, when many devotees come to pray and worship. On the other hand, Rudravarna Mahavihar is said to be the best-maintained vihar in the valley, and is spic-and-span at all hours. Anyway, however one looks at it, it is a fantastic example of Newari Buddhist culture, artchitecture, and art. 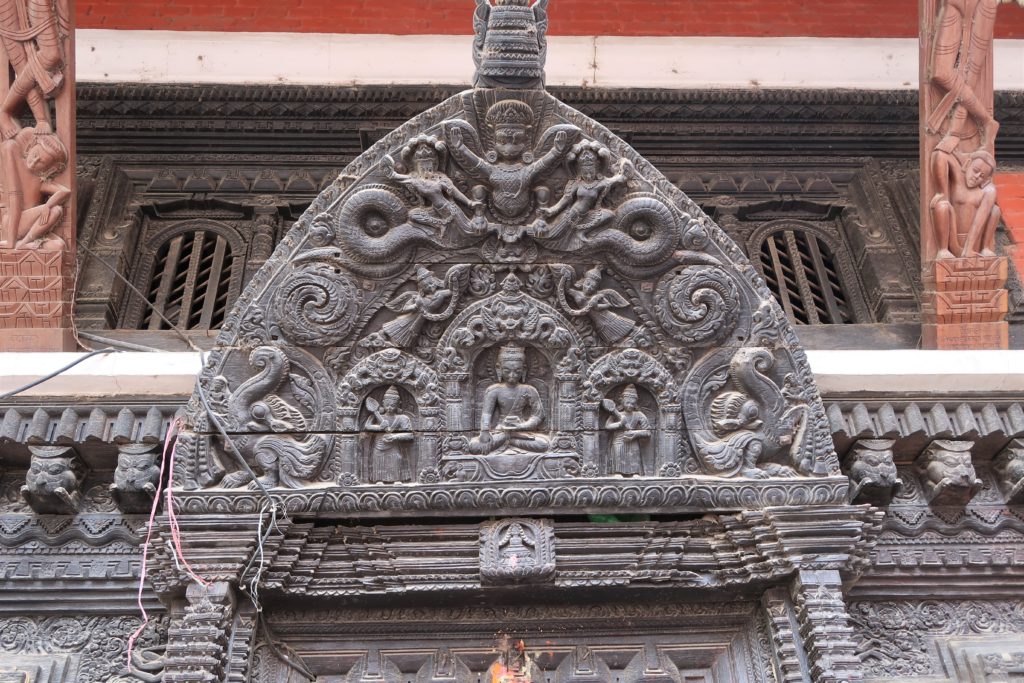 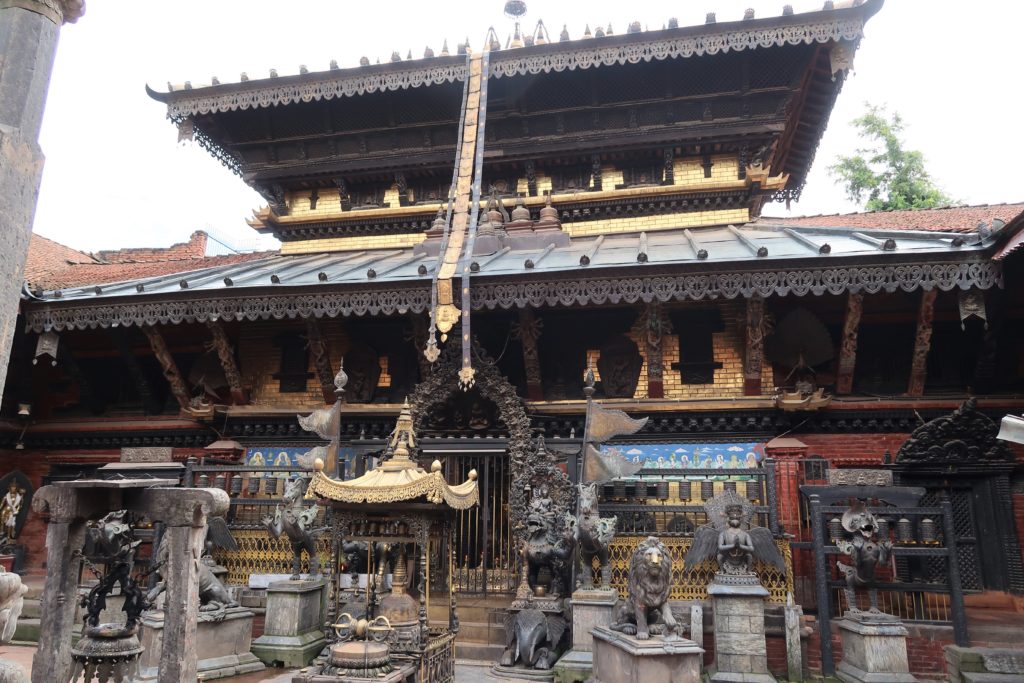 Located a mere 500 meters from the Patan Durbar Square, it is one of the oldest monasteries of Patan. It was built in the 6th century AD by the Licchavi king, Shiva Deva. In the past, the monastery also had a community of artisans that were specifically settled nearby to promote the growth of the various forms of art. The monastery has two courtyards, the larger of which is filled with stone and metal statues. The main shrine, which is three-stories high, houses an idol of ‘Kwapadhya’, the Shakyamuni Buddha. This statue is unique for its red face, which adds to the aura created by its intricate ornaments and the skillful metalwork surrounding it. 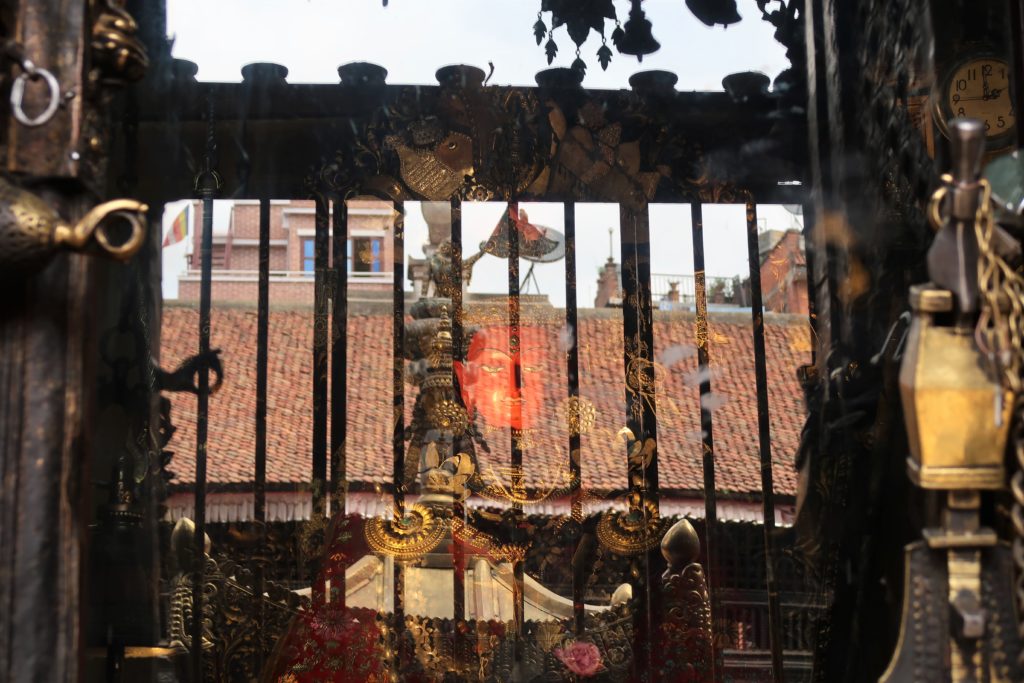